Nasal breathing is hugely important for health and performance.  In part 1 of this series we discussed how breathing in and out through the nose can specifically improve immune function, reduce anxiety, and boost cardiorespiratory performance, among a host of other benefits.  In the present article (part 2) we will go over drills and exercises that can be used to confer these breathing benefits. So without further ado, here are (in my opinion) the top 3 breathing practices for attaining wellness and athletic success:

Meditation, it’s all the rage these days.  With so many different forms of meditation to choose from (e.g. walking meditation, transcendental meditation, loving kindness meditation) it’s easy to get caught up in the minute details and forgo the practice altogether.  Please don’t though. Meditation, and specifically what researchers refer to as Mindfulness Based Stress Reduction (MBSR) has been shown to reduce depression, anxiety, blood pressure, and heart rate, as well as increase immune function and cognitive performance.  It’s free of charge, there are no negative side effects, and it’s easy to perform.  All it is, is sitting, standing, or lying down quietly and paying attention. Attention to wandering thoughts, attention to bodily sensations that arise, and most importantly attention to the breath.  Aim to do this as a formal practice every day, for at least 10 minutes per day and in no time you’ll be happier, less stressed, and have better awareness of your nasal breathing, which in and of itself promotes happiness and reduces stress!

Breathwork is any form of structured practice where breathing rate is manipulated.  With enough practice, deliberate breathing can link the mind to the autonomic nervous system.  For example, with enough practice slow counted breathing can downregulate the autonomic nervous system and reduce symptoms of insomnia or anxiety attacks.  Conversely, intentional hyperventilation can upregulate the autonomic nervous system to improve focus and attention. In short, breathwork is an incredible tool for mastering the body and mind.  Similar to meditation, breathwork can be done seated, standing, or lying down. Two of my personal favourite breathing modalities are the Wim Hof method and 4-7-8 breathing, which tap into the sympathetic and parasympathetic branches of the autonomic nervous system, respectively.  The Wim Hof method is as follows: 30-40 hyperventilated breaths, followed by a maximal-length breath hold on the exhale, followed by a 10-second breath hold on the inhale, repeated two to three times. The Wim Hof method is great for revving up the sympathetic nervous system and improving mental acuity.  On the opposite end of the spectrum is 4-7-8 breathing which is useful for activating the parasympathetic nervous system for rest, recovery, and stress alleviation. 4-7-8 breathing is as follows: a four second inhale, followed by a seven second breath hold at the top of the inhale, followed by an eight second exhale, repeated for at least seven breaths.  Breathwork doesn’t end at those two exercises though. Remember that breathwork is any form of structured practice where breathing rate is manipulated.  So you can experiment with the limitless permutations of counted inhalations, exhalations, and breath holds (with full or empty lungs).  After a while you may start to notice that inhalations tend to activate the sympathetic nervous system and exhalations tend to activate the parasympathetic nervous system; breath holds are parasympathetic at first, but become sympathetic if held for too long and the body freaks out over holding excessive amounts of carbon dioxide.  To simplify, quick breathing that focuses on a strong inhalation will hype you up, while slow breathing that focuses on a long slow exhalation will calm you down. But as a starting point I would recommend that most people play around with the Wim Hof method and 4-7-8 breathing first.

While the first two practices of mindfulness meditation and breathwork are geared towards health and wellness (although they both can be applied to athletics), this last practice is a great way to improve cardiorespiratory performance in sport.  As was mentioned in part 1 of this series, the development of maximal aerobic power, and the ability to approximate or become aware of lactate threshold are crucial for athletes who participate in sports with a strong endurance component.  Circuit training with nasal breathing is a powerful training tool that accomplishes both goals; it forces athletes to work at a pace close to their maximal aerobic power for an entire training session, and it is a fairly accurate way to approximate where an athlete’s lactate threshold may be.  To perform circuit training with nasal breathing, set up anywhere from three to 10 stations of endurance-type exercises and without counting reps (to develop better body awareness rather than quantifying everything), perform as many reps as possible on each station right up to the point where your body wants to begin mouth breathing.  The mouth breathing threshold is parallel to lactate threshold – the point in time when carbon dioxide production rises disproportionately to oxygen consumption and anaerobic metabolism begins to take over an athlete’s energy production needs.  Work right up to the point where your body wants to initiate mouth breathing at every station, and move on to the next station. Make sure to continue breathing in and out through the nose only, even in the transition between stations.  Repeat this sequence over and over for the entire training session, which should last at least 40 minutes for the desired cardiorespiratory adaptation.

As always, if you’d like to know more about, and start taking responsibility for your own health, fitness, and wellness, please reach out to Crux Fitness Richmond for any of your personal training needs.

Zaccaro, A., Piarulli, A., Laurino, M., Garbella, E., Menicucci, D., & Neri, B. (2018). How breath-control can change your life: A systematic review on psycho-physiological correlates of slow breathing. Frontiers in Human Neuroscience, 12, 1-16.

Summer Shred Home Exercise Program: Get Shredded in 20 Minutes Working Out At Home

Summer Shred Home Exercise Program: Get Shredded in 20 Minutes Working Out At Home 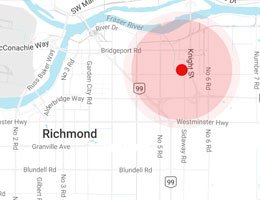