hi my name is Dennet, I am  the perpetual
fitness expert, I help people start a new
fitness routine and keep it up for a
lifetime.

today we’re gonna talk about
another “versus”

the word “can’t” versus the
word “won’t”

I believe that most of us,
most people in general use the word
“can’t”, they abuse it

like I always tell my clients don’t ever tell
me you “can’t” do something, show me that
you can’t, don’t tell me

show me that you can’t and the reason
why is a lot of people use the word
“can’t” because, again, it sounds like oh I
really want to and I really would
do it if I could.

what they really mean is “won’t”

they are able to do something but
they choose not to.

and why do people do that?

when you say the word “can’t”
it sounds more noble, it sounds
like my intentions are there I really
want to do it and if there’s any way
that I could I would.

because that’s not what it is.

if you don’t want to do something, by all means
don’t do it. but be honest with yourself

because when you say “I won’t” it frees you

and now why is that so big?

the reason why people don’t want to say
“won’t” is because it sounds weak it
sounds weak.

if you ask someone to do
something to eat better, to change their
diet, to exercise they don’t want to say
“I don’t want to do that”

that sounds too pathetic and weak even though it’s
allowed and encouraged.

instead it sounds much better, much nobler to say “I can’t”
and so what I’m telling you is this next
time you don’t want to do something, free
yourself and be honest to yourself and
the person you’re telling it to, which is
usually yourself.

I don’t want to do it

you’re allowed. what you do not want to
say is “I can’t” when you actually could
because that becomes a very bad habit.

and the more you use, abuse that word the
more of a prisoner you are.

if you think someone needs to hear that
please share that is that is it for
today I am out.

Dennet Lee is the owner of Crux Fitness

No Time? How To Eat Healthy in 3 Minutes

No Time? How To Eat Healthy in 3 Minutes 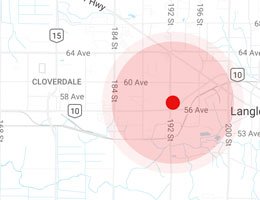